Take a tour to Xi’an, the most visited city in China after Beijing, to experience the best of Chinese culture and history. The name Xi’an means “peaceful Western”, and in the past, it was called “Chang An”, which is Eternal Peace. It is a very meaningful name because the city was the capital of some important dynasties of ancient China.
A journey to Xi’an’s best attractions will definitely be one of the most memorable experiences in your life. Can’t wait to see the real Terracotta Army in one of the most magnificent ancient tombs? Keep on reading because there are more of Xi’an than that.

In 1974, a local farmer accidentally discovered a terracotta statue of an ancient warrior. This incident led to the discovery of the Terracotta army pits and Emperor Qinshihuang’s Mausoleum, a massive complex that reminisces his glory life.
Emperor Qinshihuang’s Mausoleum is a 170,000-square-meter tomb that is filled with about 8,000 life-size Terracotta soldiers, along with numerous real weapons, chariots and horse statues to guard for King in his afterlife. However, due to the risk of booby traps and a toxically high level of mercury, the government left the tomb sealed for further investigation. 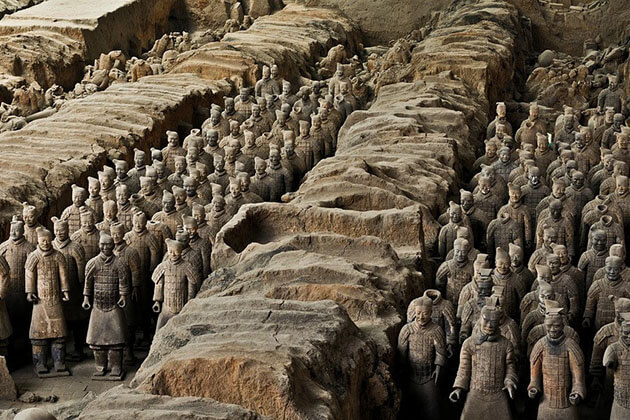 However, visitors are welcomed to take a tour to the Terracotta Warriors and Horse Museum, which is located about 30km east of the Xian City. There are 3 main sites, Pit 1, Pit 2 and Pit 3 for tourists to witness the real Terracotta Warriors. There is also an exhibition hall presenting chariots and horses and the Qin Shi Huang’s Mausoleum Site Park, or Lishan Garden nearby.

In the center of the city is the ancient landmark – the Bell Tower and a Drum Tower close by in the west. From this site, you will find four thriving streets spreading to the east, west, north, and south of the city.
Xi’an Bell Tower was established in 1384 under the ruling of the early Ming Dynasty. In the past, the tower bell would ring at dawn and hit the drum at dust to tell the people in the city about the time.

Not as famous as the Qinshihuang’s Mausoleum, Hanyang Tomb rather an undiscovered gem for tourists, especially history buff. It is located in the east of Xian airport, about 20 km away, and 30km in the north of downtown Xian. Opened for public in 2001, this 2000-year-old tomb is dedicated to Emperor Jing of Han Dynasty. Here you will find various terracotta figurines and animals representing the emperor’s court. They are real artifacts from the main tomb, which is remained sealed until today, and from the surrounding burial sites.

Since the distant past, Buddhism has been holding an important position in Chinese culture. In the modern city life of Xi’an, you can still find the ancient temples named Daci’en and its most famous pagoda – the Big Wild Goose pagoda. Built since the Tang Dynasty in the 7th century, the site is now still an active religious facility with monks living here. The locals would come to pray, worship the Buddha and give offerings, especially on the first and middle day of a lunar month.

Xi’an Attractions for A Cultural Experience

Most attractions in Xi’an are best visited on day time, therefore nightlife in the city might sound unimpressive to some. But nothing could be further from the truth! In fact, there are plenty of beautiful and lively streets and brilliant traditional performances. Tourists can go shopping till late night in Xi Dajie, Nan Dajie and Dong Dajie avenues, where stores are brightly lit with neon signs. Big Wild Goose Pagoda Square and Nanhu Lake are also famous night-time destination for both locals and visitors thanks to their pretty scenery. And last but not least, one of the most appealing activities that one could join while in Xi’an is to attend the Tang Dynasty Show. The show features impressive performances that present main events and daily lifestyle under the ruling of the Tang Dynasty. If this is what you prefer, head toward Shaanxi Song & Dance Theatre or Tang Dynasty Palace. 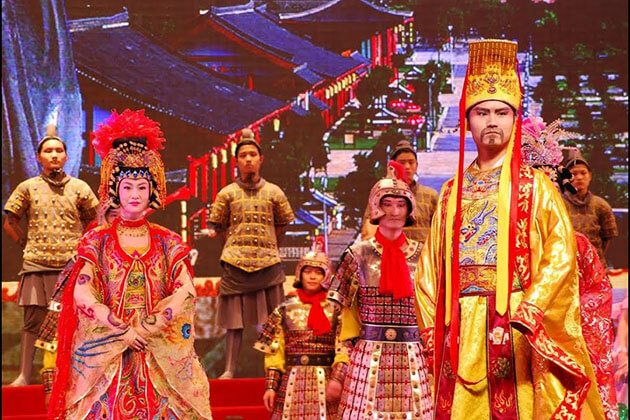 While taking a tour to the Drum Tower, make sure to visit the Xian Muslim quarter, which is located right behind it. This is an attractive travel destination as it gives an insight into the life of the Muslim community in the city. First, walk through the lively streets of Beiyuanmen Market that are filled with stalls selling everything. This is the place where you can find Muslim food and souvenirs, which are one of the most unique in China. Finally, a tour to the Great Mosque of Xi’an is a must. It is one of the biggest, oldest, and best-preserved Islamic mosques in China. The Great Mosque of Xi’an is the work of Arab merchants and travelers from Persia and Afghanistan who came to live in China in the mid-7th century.